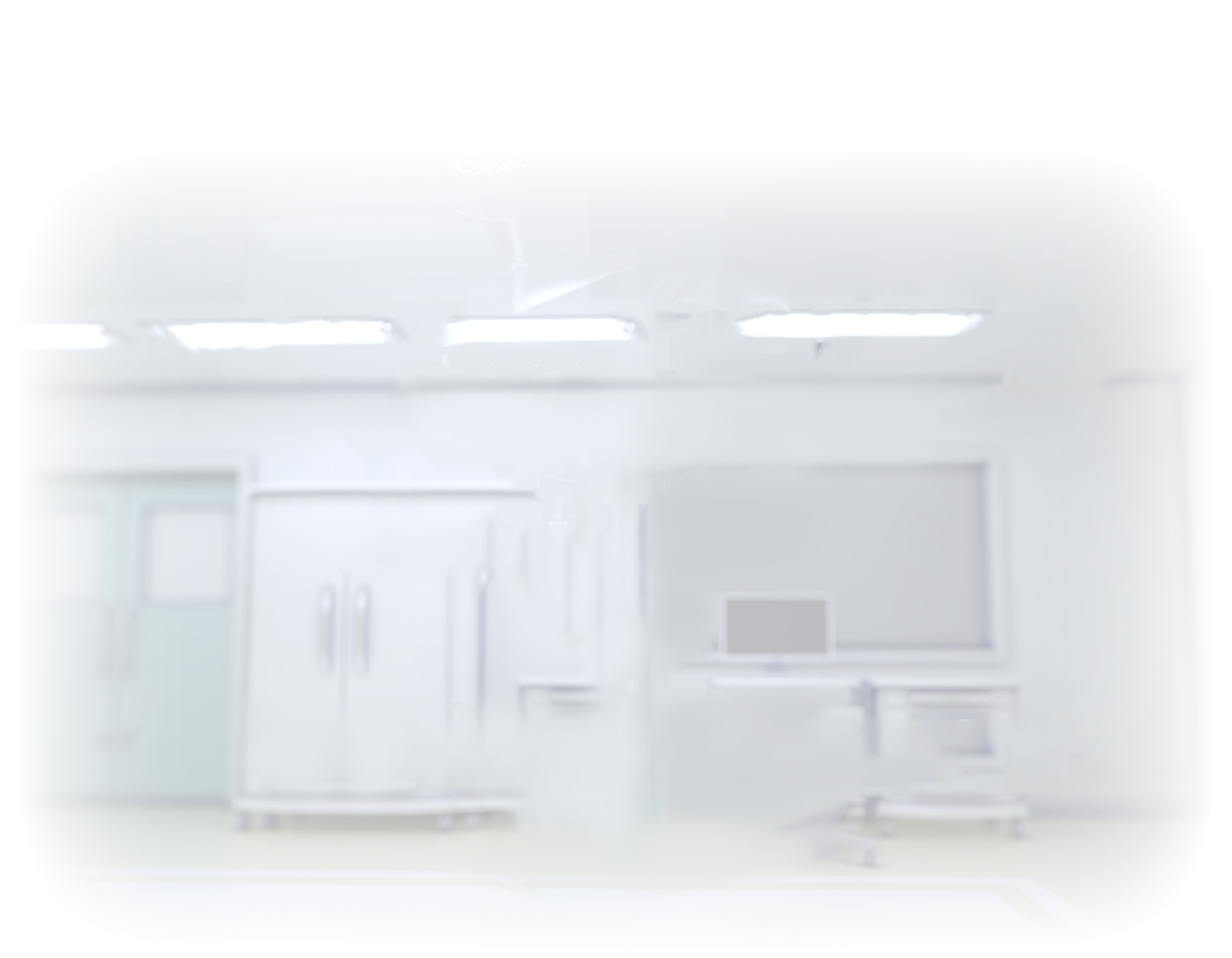 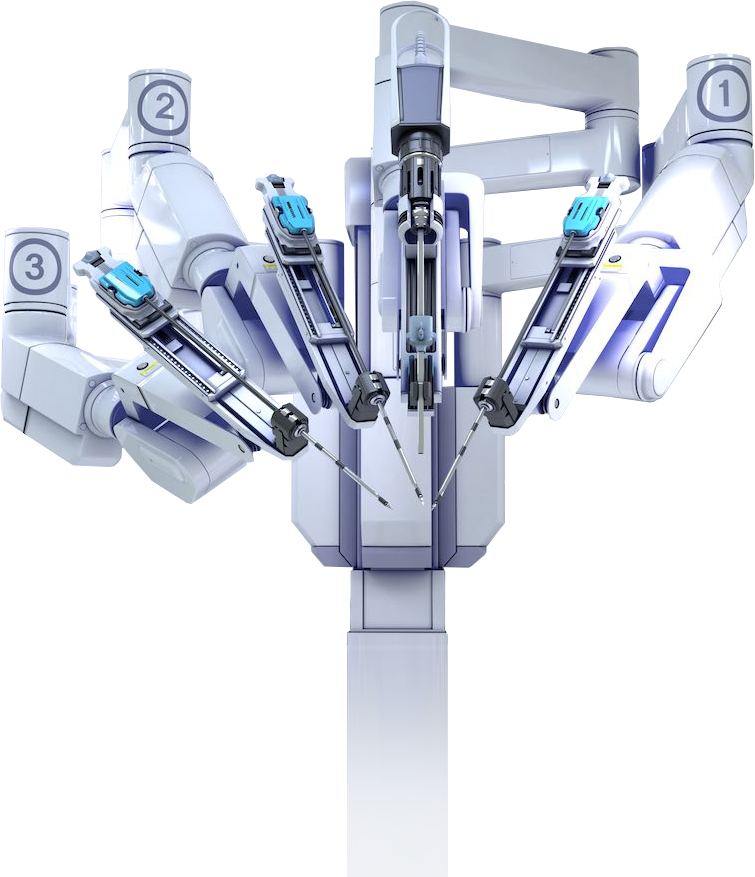 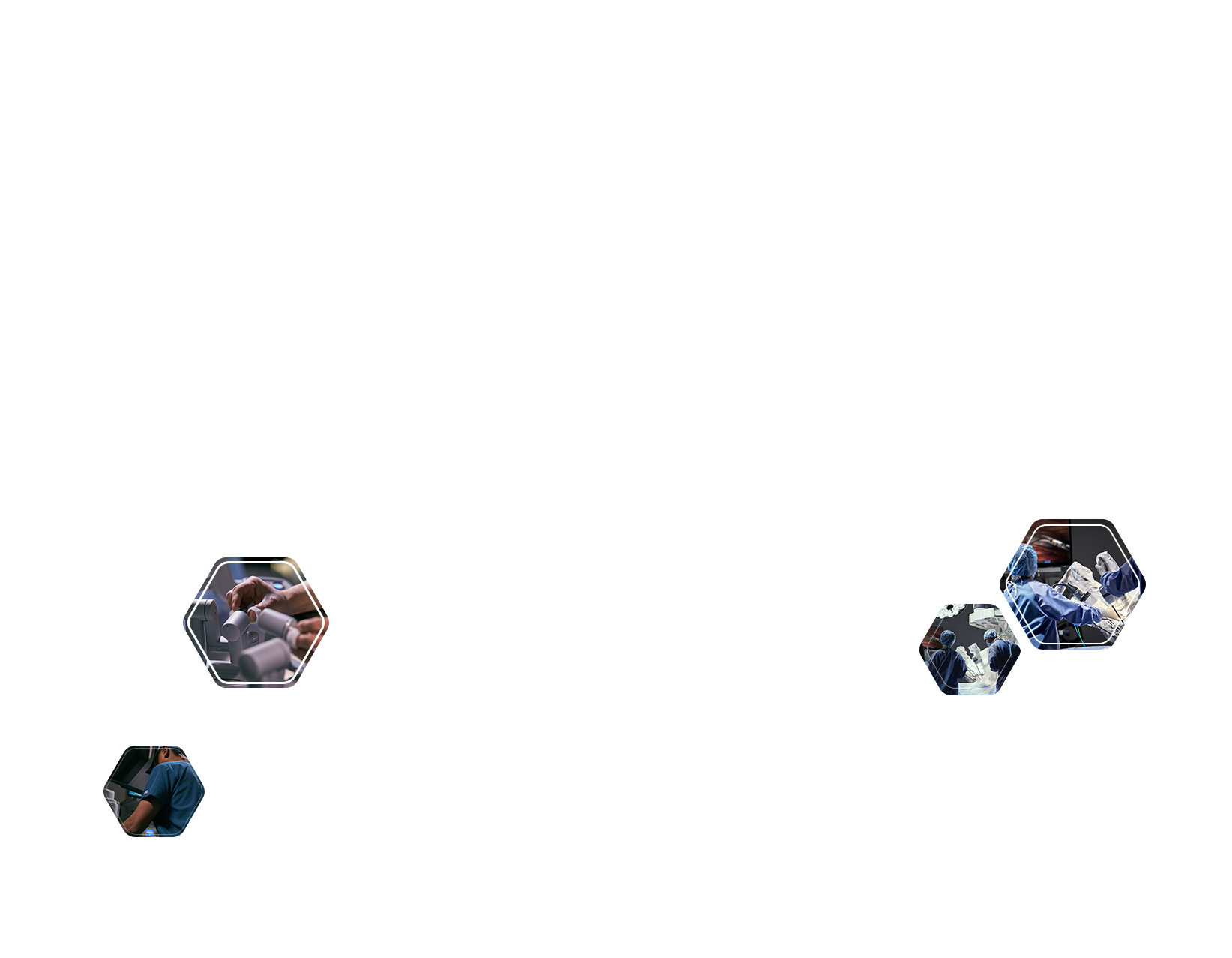 Modern medical care is based on the use of new unique and resource-intensive treatment methods with guaranteed effectiveness, including robotic surgery.

Robotic surgery is a modern type of minimally invasive surgery using a robot controlled by a surgeon. 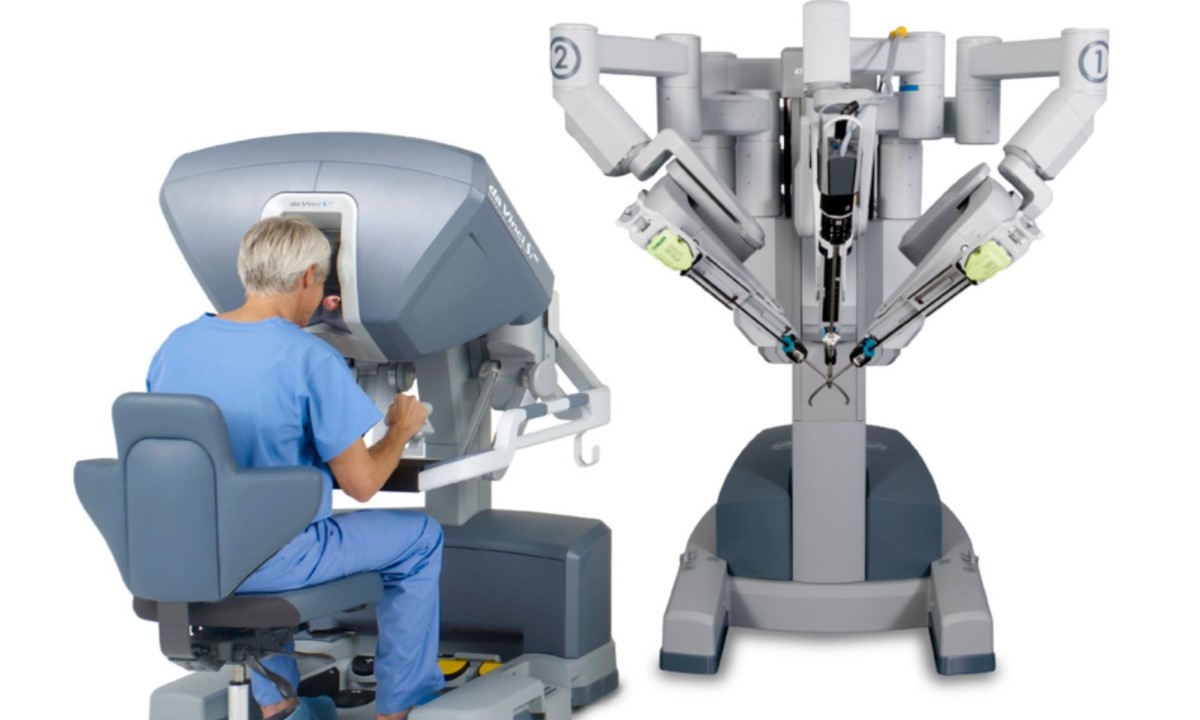 DA VINCI - BREAKTHROUGH IN THE FIELD OF SURGERY

The Da Vinci robotic complex is an advanced technology in the field of surgery. It should be noted that the Da Vinci system does not perform operations independently. The robot controlled by the surgeon is a tool that repeatedly increases the capabilities of the doctor, "improving" his vision and the accuracy of movements. Using such a system, it is possible to perform the surgery while sitting at the console. He sees a 3D image in tenfold magnification and controls the robot with manipulators that transmit minimal movements of his fingers to the instruments. The robot has four working "limbs", and all of them have a mobility of almost 360°.º.

Robotic surgery consists of 7 planes of movement of a surgical instrument, which allows the surgeon to preserve nerve fibers and blood vessels with maximum accuracy. For men, this allows to preserve erectile function and retention of urine; for women, to preserve the normal functions of the pelvic organs, sensitivity, secretory function of the vaginal glands. During operations on the intestine, it allows you to preserve the functions of the external and internal sphincter of the rectum. .

ADVANTAGES OF THE DA VINCI SYSTEM

Robot-assisted surgeries allow you to ensure:

Da Vinci complex has been actively used all over the world in all fields of medicine for more than 15 years. It is used to perform complex surgical operations in abdominal surgery, urology, gynecology and mammology.

Surgeons have gone through many years of mastering and improving surgical skills in open and laparoscopic surgery. Now, they perform complex surgical interventions in their surgical areas. The transition to robot-assisted surgery was preceded by a long period of training in European training centers and clinics.

The Da Vinci system is used in the following surgical interventions.

In order to determine whether robotic surgery is specifically suitable in your case, you need to make an appointment for a consultation. We are waiting for you in our medical center!